This is an amazing rug store. Not only do they sell rugs, but cleaning and restoration services are offered as well. Great experience, an Aladdin’s cave..

Other than being one of the nicest people you are likely to meet Alan is knowledgeable, honest and has a fantastic selection of top quality hand-knotted..

Sorry for the late feedback - the rug arrived in the middle of major building works! We just wanted to say that it is beautiful and looks just perfect in..

We ordered a runner from the Netherlands. Chris suggested alternatives when the first one we selected was not to our liking after all. The second runner..

The best range in rugs that I have come across online. Very user friendly website. Delighted with the quality of my purchase. Good vfm in my reckoning...

Mamluk Rugs - The Mamluk Dynasty, originally "slave-soldiers" of Turkic descent, came to power in Egypt in the mid thirteenth century. By the fifteenth century they had established a thriving carpet industry in their capital, Cairo. Many examples of these Malmuk carpets have been preserved. Their designs are quite complex, consisting of large medallions made up of intersecting compartments of various forms adapted from the great tradition of Islamic geometric ornament. The borders consisted of oblong medallions or cartouches. The smaller details of Mamluk carpets, however, relate closely to contemporary Ottoman Turkish Carpets no doubt reflecting the close commercial and cultural ties that existed between both realms.

Mamluk carpets are distinguished not only by their distinctive designs, but also by their lustrous wool, fine weave and soft, closely valued coloration dominated by pale greens, yellows and reds. A variant of the Mamluk production, sometimes termed "Paramamluk," utilized allover patterns of smaller concentric hexagons, octagons, and squares – the so-called "Chessboard" carpets. These have been attributed to Damascus,  a major center in the Syrian portion of the Mamluk realm. The Ottomans conquered and annexed the Mamluk territories in 1517. Mamluk carpet production seems to have continued after the Ottoman takeover. 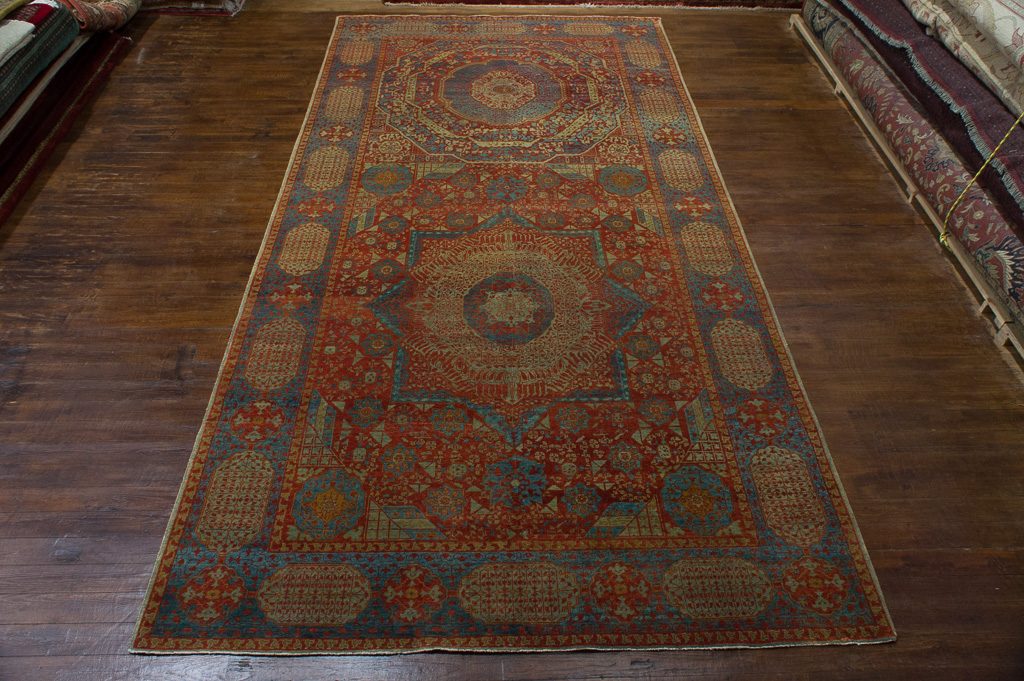 Allow me to introduce my Mamluk dynasty rugs. I called on specialist weavers to create these astonishing recreations of classic Ottoman carpets. They are perfect recreations of antique oriental rugs but without holes or stains and with fringes and sidecords intact. The colours are rich and jewel like, yet mellow and gentle. These are special rug that will appeal to those people who care more for beauty than technology. Decorum rather than interior design. If they appeal please call Mr Alan Harrison on 01234 712502 and I’ll be happy to bend your ear for half an hour. 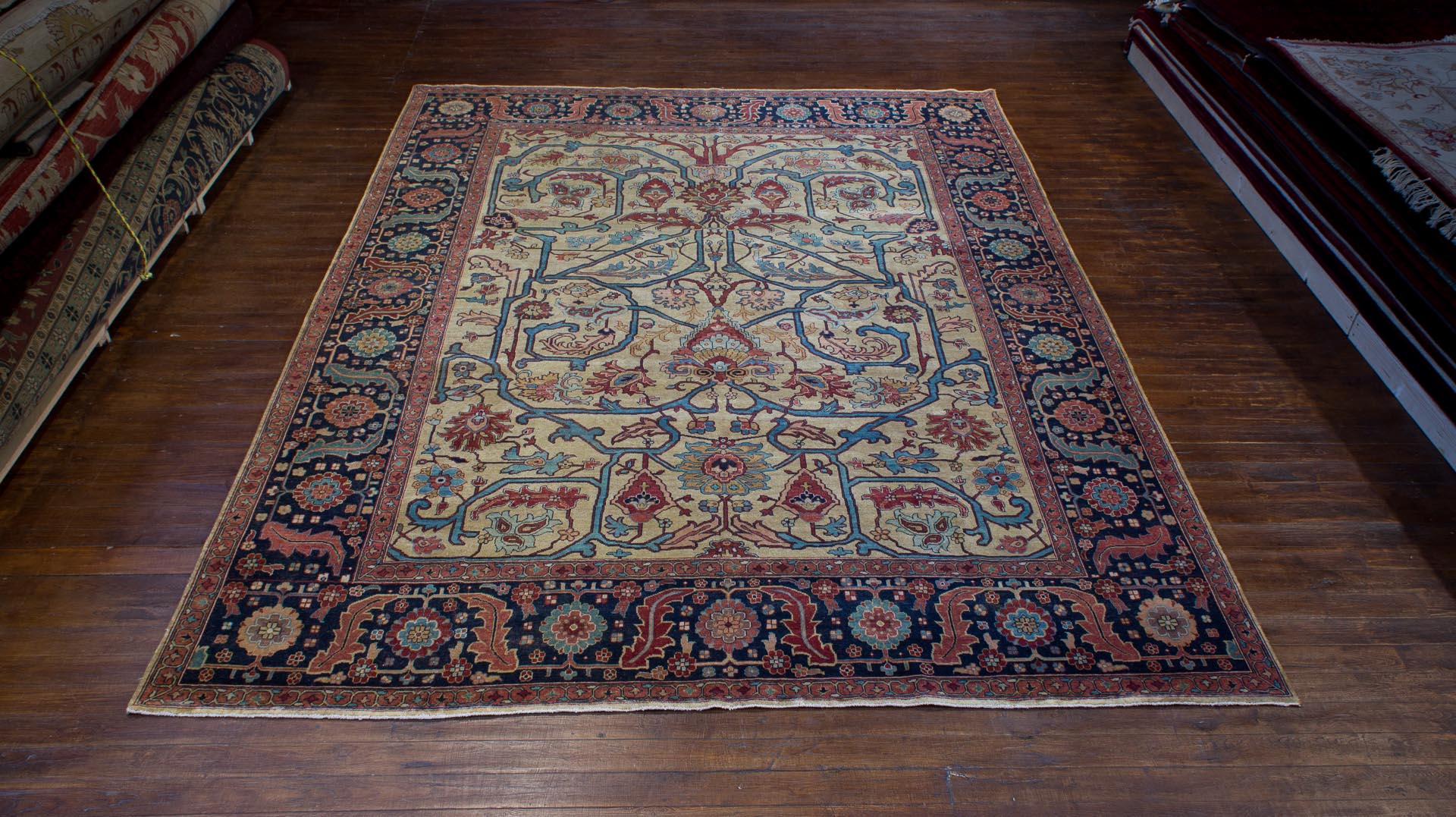 Our stock of Hand Knotted Mamluk Rug From India >>