Excellent service, carpet arrived quicker than expected and I am delighted with it, will shop here again. Would highly recommend this company...

We recently decided to buy an Oriental rug and are delighted we chose Olney Rugs. Although we bought our first one over the internet Chris explained the..

Very pleased with the rug. Excellent service and delivery as arranged..

Many thanks for a very efficient service. The web site is so simple for ordering and the rug arrived as promised. The delivery man was very helpful also...

What an oasis in the middle of England and not far from London! Today We bought two rugs and a large cushion to furnish our van at very reasonable price...

Bokhara rugs (also spelled Bukhara) are among the most popular hand knotted rugs in the world. Many believe that the design originated within or near the (Uzbek) city of Bokhara, but it is actually from the nomadic Tekke tribe in Central Asia (the Tekke tribe's rugs were predominantly traded in the markets of Bokhara, however eventually acquired the name of the city). Bokhara rugs are now made in a variety of carpet-weaving countries, including Pakistan. The design is dominated by rows of guls and surrounding geometric patterns.

Hover over an image to enlarge, click through for details or to buy the rug. 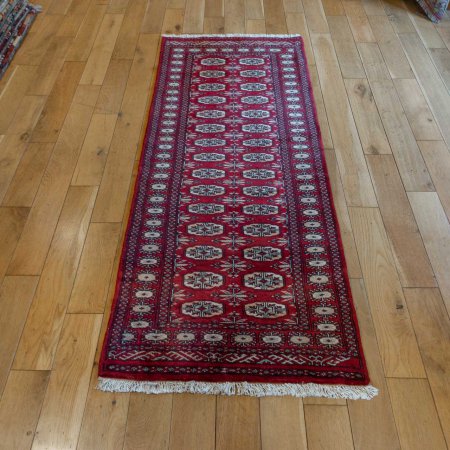 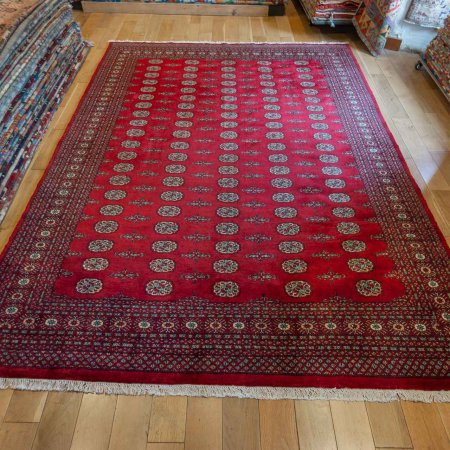 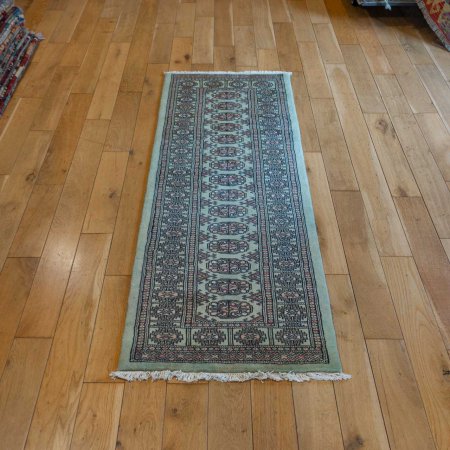 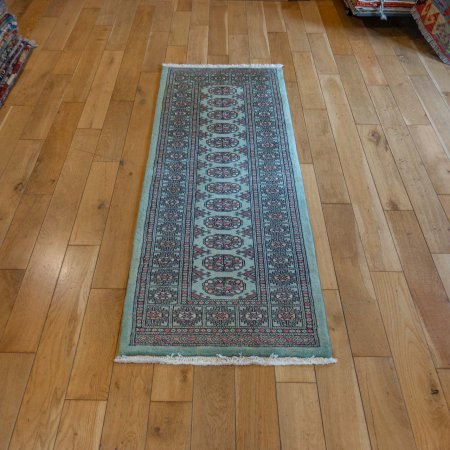 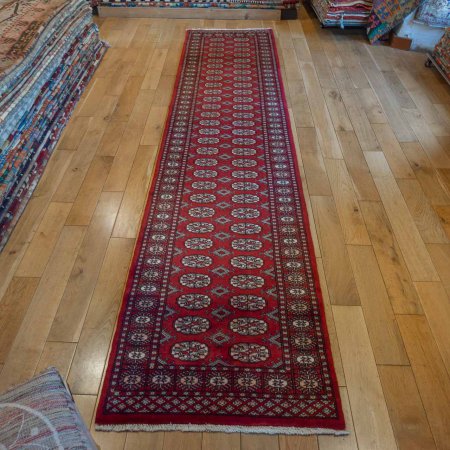 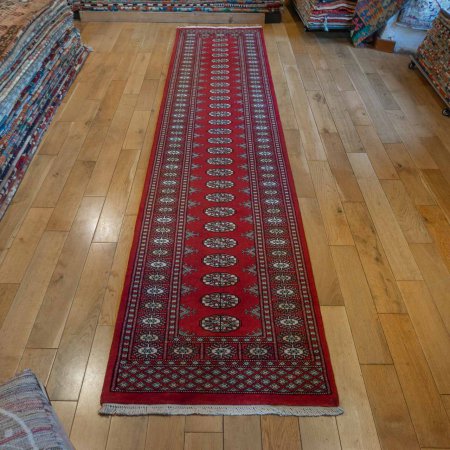 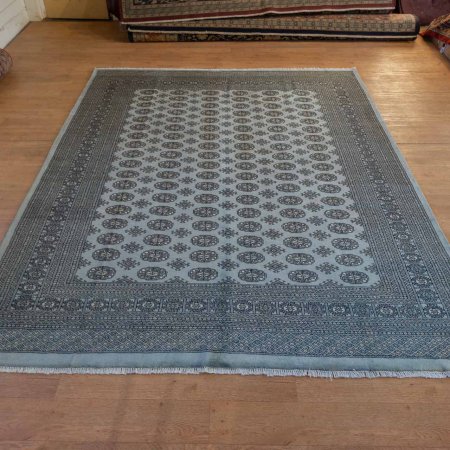 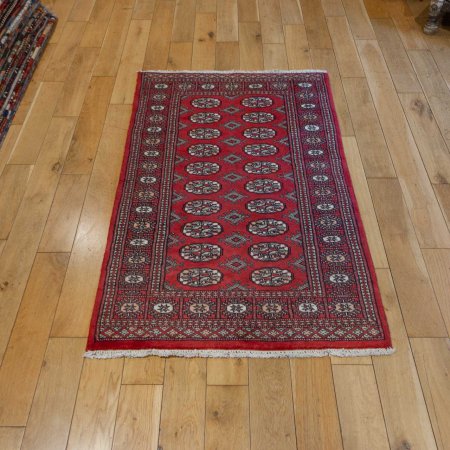 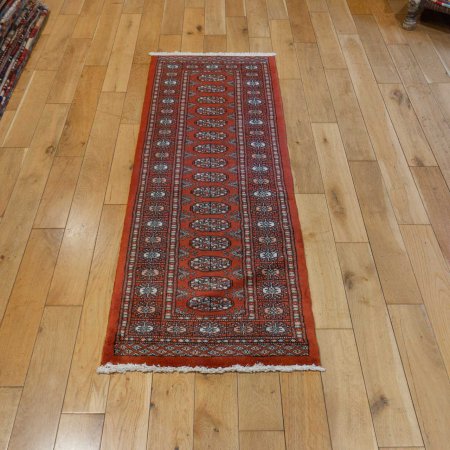 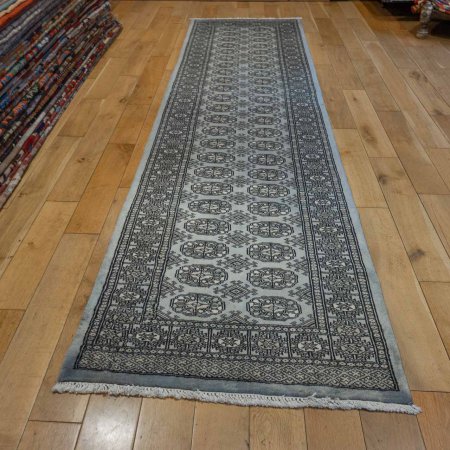 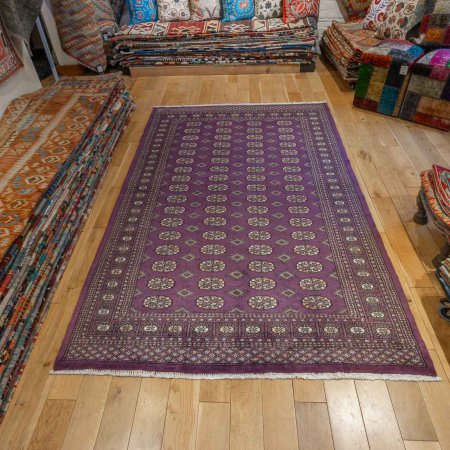 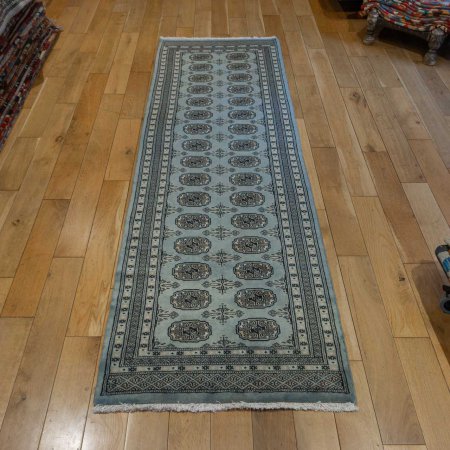 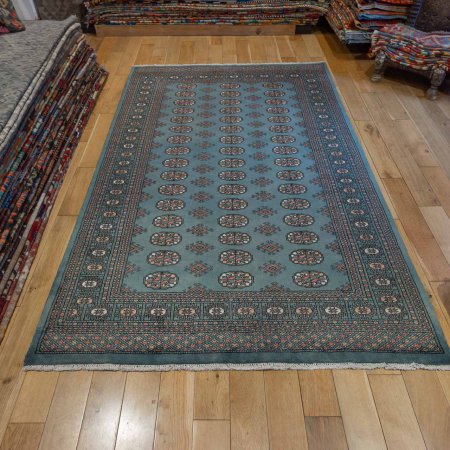 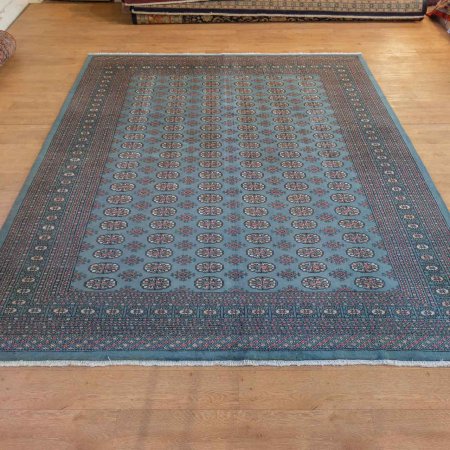 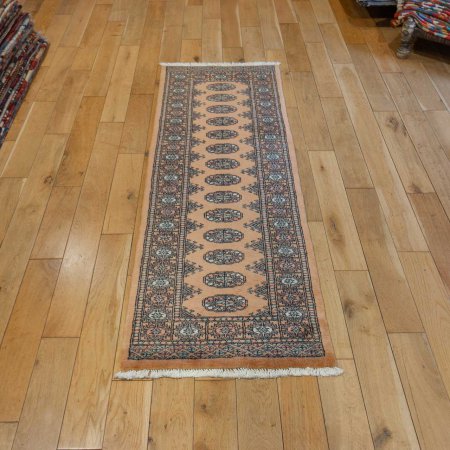 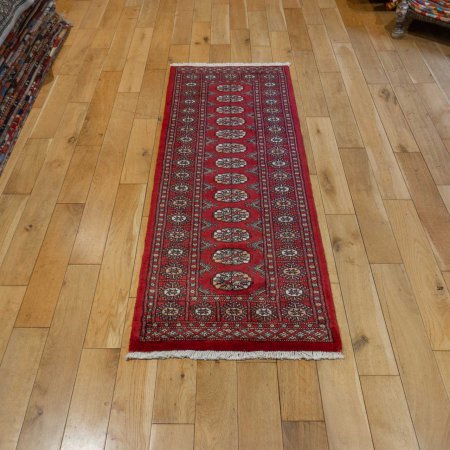 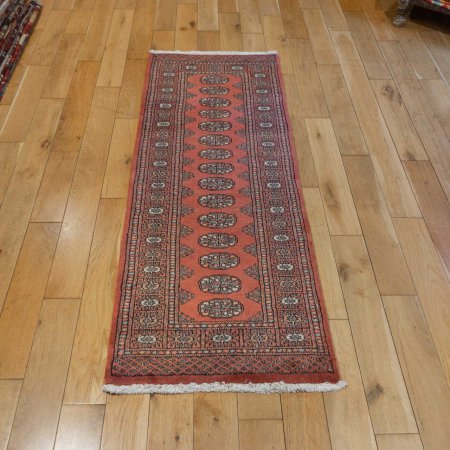 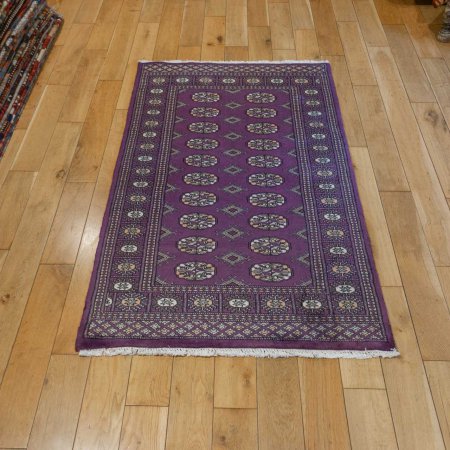 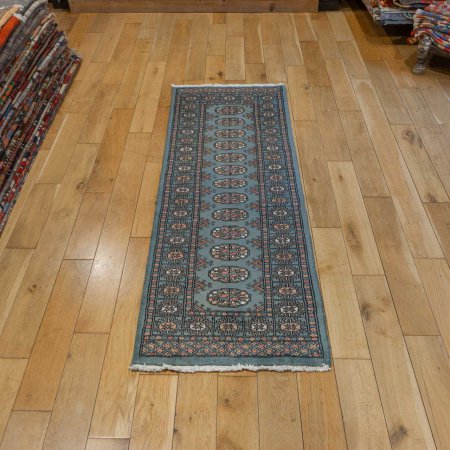 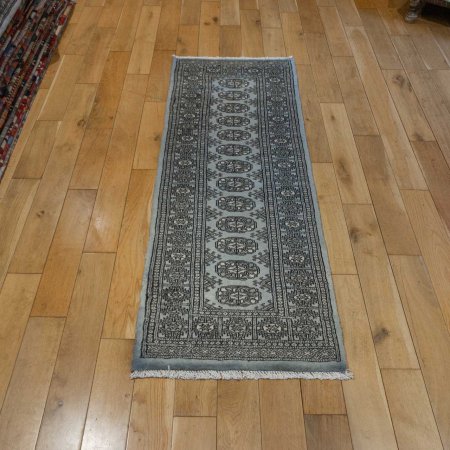